Our Mission is to rescue and rehabilitate the lost and homeless animals of the City of Bella Vista.  We provide food, shelter and medical care for animals in need until they can be reunited or adopted into loving homes. These are animals that would otherwise be left to search for food and defend themselves against predators.

Our shelter takes the stray animals from the City of Bella Vista off the streets. We hold lost animals for 7-10 days while looking for an owner. If an owner is not located in that time period we will begin steps have the animal adopted.

We are not a large enough shelter to take in surrendered animals. Bella Vista Animal Shelter will provide available resources to help owners care for their animals. 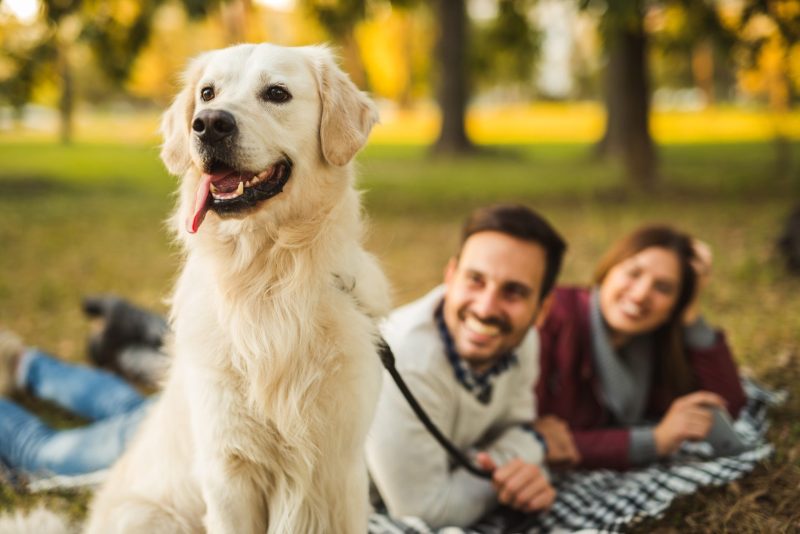 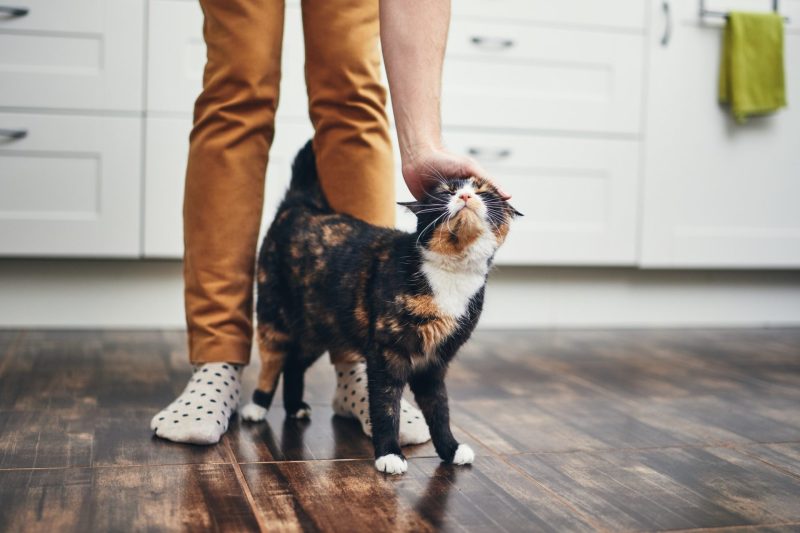 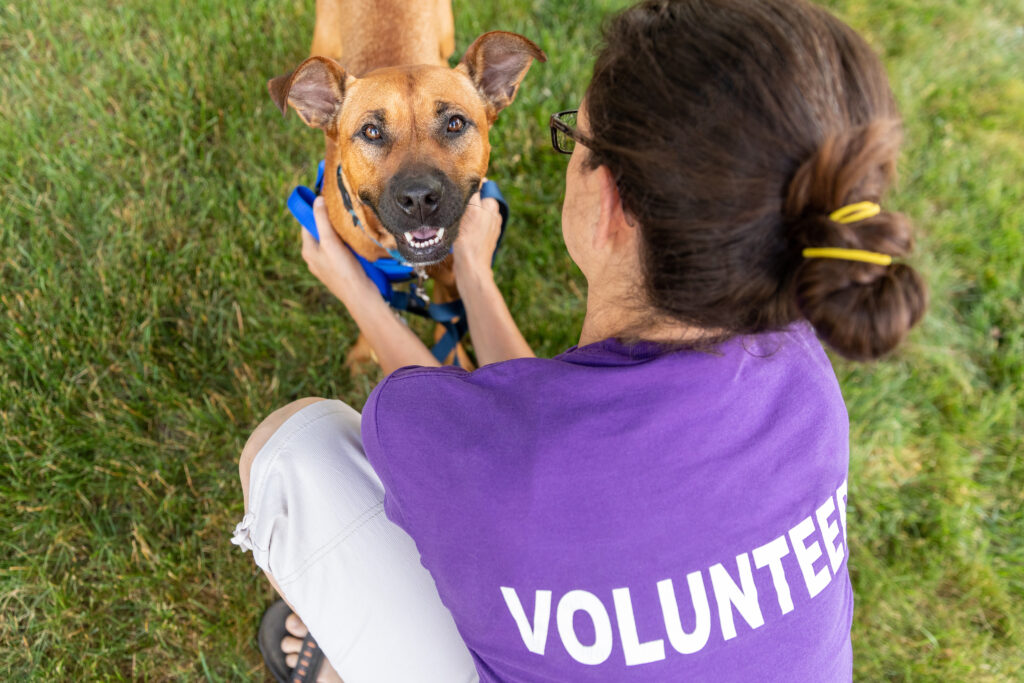 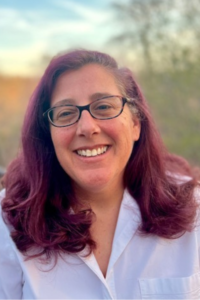 Nancy Cullins was hired as Executive Director in 2022. While new to the nonprofit sector she brings a broad range of experience from

teaching to marketing. She holds a master’s degree in Media from the Rochester Institute of Technology and had worked in her previous field of expertise for over 30 years.

Her love of animals leads her to the BVAS Board of Directors where
she quickly engaged in policy initiatives, fundraising and volunteer- ing. Stepping into the interim Executive Director role felt natural to this long-time project manager. The Board of Directors quickly realized that Nancy could bring the Bella Vista Animal Shelters technological efforts into today’s quick paced world.

Her first year at the shelter has brought success. 2022 held record break- ing fundraisers due to the support of the Board of Directors and the generous Bella Vista community. Nancy also has a fondness for com- posting worms.

Nancy’s guiding philosophy: I’ve never met a stranger. If you have noth- ing to say, just ask about their pets. 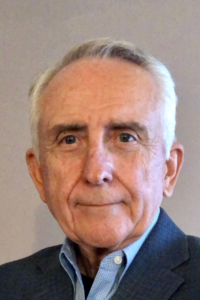 Curtis “Curt” Stoops’ interest in the Bella Vista Animal shelter began by walking dogs and trying to improve their chances of adoption. In 2016, Curt was asked to join the Board of Directors and the following January, elected President.

Curt grew up in Iowa where he married Ardell, his high school sweetheart. He graduated from Iowa State University with a degree in Mechanical Technology and began a 33-year career in manufacturing and operations at Honeywell Inc. in Free- port, IL. In 1987, he relocated with Honeywell to Richardson, TX, retiring from the corporate world in 1999.

After discovering Bella Vista, Curt and Ardell pursued one of his passions and be- gan raising puppies for Canine Companions. Over an 8-year period, they raised 5 puppies and were proud to have one selected to be a breeder, delivering over 40 puppies for CC. When deciding to travel more (without puppies), Curt began to work with shelter dogs.

Among Curt’s hobbies are golf and woodworking. He has been involved with Friends of The Highlands, an all-volunteer group that works to improve aesthetics of the golf course. He has enjoyed driving the BV Courtesy Van until aging out in 2022 and is now a trainer for new drivers. He serves as Neighborhood Watch Block Captain for the Monikie Drive area.

Working with a great group of BVAS Board Members over the past several years has been very rewarding for Curt. He believes the shelter’s existence would not be possible without the support of volunteers, individual donors and businesses in Bella Vista and the surrounding area. The staff takes exceptional care of dogs and cats that find their way to the Bella Vista Animal Shelter.

Philosophy: Whatever you choose to do in life, give it your best effort. 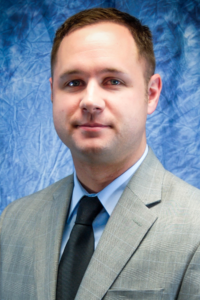 Jeremy Velten is a native Missourian who has lived in Northwest Arkansas since 2014. He has enjoyed a 20-year career in retail that has allowed him to meet thousands of interesting people, travel across the United States, and become a patented inventor.

Animal Shelter in 2016 and has served as a board member since 2017. He currently has 2 senior dogs, adopted from shelters in Missouri, that

enjoy lounging in their favorite recliner & begging for treats. Jeremy has a passion and hope that all shelter animals find homes where they are loved and cared for. 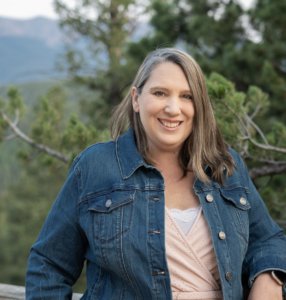 Tonya Mobley has been a resident of Bella Vista since late 2019. Her professional life provides consultanting to nonprofit organizations and managing administrative processes. She is responsible for many varying aspects of her clients’ organizations, with some of the largest responsi- bilities falling into fundraising, resource development, market-ing, and community relationship management. Working in these roles has giv- en her vast experience with the project management that is necessary to have sucessful fundraising campaigns and has provided ex-tensive knowledge of the inner workings of 501(c)(3) organizations. She has served on multiple boards in the past, both as a member at large and

as an officer. Currently, she is the Secretary of the Board for Bella Vista Community Television, and has been in that role for over two years.

Guiding philosophy: I am passionate about my community and the wel- fare of animals in our area. I have been an advocate for animal adop- tion for many years and have exclusively had rescue animals during
my adult life. I have a heart for creatures that have been hard to place

in homes, and I enjoy creating bonds with animals that have had diffi- culty bonding with others in the past. I feel that all animals deserve the chance to be loved and feel safe. 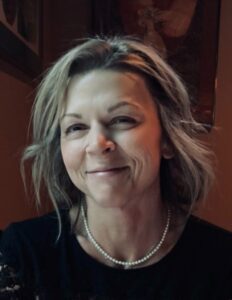 Tania is a proud southener who spent her early years roaming her grandfather’s farm with a cat or dog, and sometimes a Shetland pony or two. She has always shared her life with animals of all kinds and feels hum- bled to have been the recipient of their love, hope, and companionship. She believes they are the purest souls on this earth and their abandonment, neglect, and tor- ture has been breaking her heart for years. Tania cur- rently lives with her husband and three rescue cats Ru, Eli and Scout. Tania’s Philosophy: I hope and pray I can continue to make a difference in the lives of this innocent and truly voiceless population in a way that is meaningful. Shelter animals need our help and com- passion in preparing for their next phase of life, safely, securely, and without fear.

Kathy Griffith grew up in Iowa in a family of pet lov- ers. She spent 22 years in Texas before moving to Bella Vista in 2005 to continue her 30-year career in corporate architecture, design, construction, real es- tate and project management with Walmart Corpo- rate Real Estate. After retiring in 2019, Kathy excit- edly joined the Bella Vista Animal Shelter Board to help the homeless and abandoned fur babies of our community live their best lives until they find the forever loving homes they all deserve. She has pro- vided a loving home for many rescues, 3 dogs and 4 cats, and is most recently a new mom to BVAS res- cue pup Gracie. When not supporting the shelter, she enjoys golf, music, art, theater and spending time with family and friends. 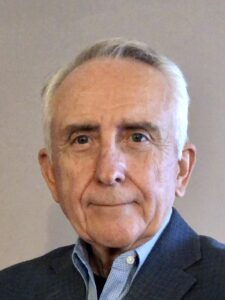 Rich Davis OFFICIALLY RETIRED from Black Hills Energy in 2020. Immediately following that he took on the task of developing the NW AR Civic and Community Leadership Institute as an affiliate of the NW AR Council. Starting from scratch, they built a nonprofit as described on the website, NACCLI.ORG. His resume also includes 8 years at the Greater Bentonville Chamber of Commerce as EVP/COO. Prior to moving to Arkansas in 1997, he had a 28-year career in the Fire Service, the last 15 years as a Fire Chief. He is an avid golfer, reader and public affairs geek.

Academically, he has a BS in Public Administration and master’s work in Public Administration/Public Policy and a Fellow of the Harvard Kennedy School of Public Policy. Having served on and at times led multiple nonprofit boards which include, but not limited to the Single Parent Scholarship Program; Havenwood, Rogers-Lowell, Fayetteville, Springdale and State Chambers boards and the Fayetteville Country Club Board and two separate terms on the BVAS Board.

Kim Davis and Rich have been maried10 years with a blended family of four adult son’s and one daughter. They have four perfect grandchildren and are not biased at all about them.

My goal is simple; to be the best at what I do and to learn something new every day. 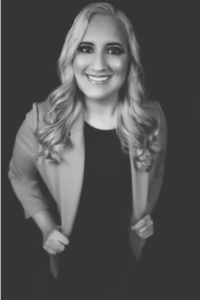 Christina Maguire-Greenway has always loved animals and grew at- tached to the shelter during her time volunteering throughout high school. She grew up with dogs, currently spoiling a husky named Maya that she adopted from a friend and a German Shepherd named Chevy that she adopted from the shelter. Her love for the shelter grew again when she applied and was nominated to be a part of the Board of Directors, wanting to help her furry friends continue to be loved and taken care of for which she has happily served on for 2 and a half years now.

Outside of the Board, Christina works for Walmart on the Executive Talent Acquisition team, focusing on Supply Chain, Operations, and Health & Wellness leadership and has been a part of the company for 8 years in various HR and Technology roles. She enjoys her free time doing gymnastics, dancing, and playing video games. Addition- ally, outside of sitting on the Board of Directors and volunteering for the BVAS, Christina also volunteers with organizations supporting domestic violence awareness and support, mental health awareness and support, and LGBTQ+ organizations. 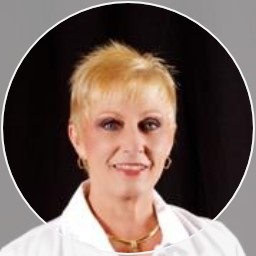 Vicki Bronson grew up in Arkansas, moving to Bella Vista in ear-
ly 2004. As a child, she wanted to become a veterinarian. Sadly, she found out that all animals cannot be saved and that ended that career path. Currently, she works as an Executive Real Estate Broker.

She attended the University of Arkansas and Missouri Southern State University majoring in business management. During her adult life, she has owned multiple businesses including a commercial cleaning company, title company and real estate companies. As a real estate bro- ker, She has shown and listed many puppy mill properties. Her last canine acquisition came from one of those situations. Vicki shares her home with four canines and three felines.

Vicki’s Philosophy: Helping all animals have a loving home is on the top of my “to do” list. Adoption of “used pets” is a noble and attain- able cause. After the Joplin tornado, I saw so many pets (and humans) become homeless. However, I saw humanity as I had never experi- enced it shine. Helping creatures that cannot speak for themselves is my goal. To have adequate funding, housing space and ultimately a forever home are the things the precious creatures deserve! 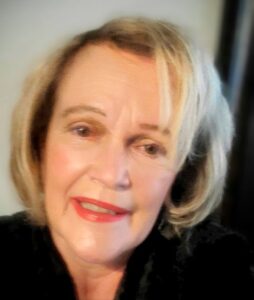 Graduated from University of Houston, BA in Communications

Retired from BP America in Houston Texas in January 2021. Employed for 12 years as Paralegal/Project Manager. Previously worked as parale- gal for various law firms for 30 plus years.

While at BP co-chaired Think Pink fundraiser for several years raising tens of thousands of dollars for breast cancer awareness each year.

Volunteered at animal shelters, participated in trap, neuter, release pro- gram in neighborhood. Personally has 4 cats and 1 dog all rescues. She loves animals of all kinds including the deer she feeds.